I’ve had several loves in my life but few to equal my 2004 Triumph Bonneville; Emma Peel Out. Named after the fabulous female super spy from The Avengers Emma and I started hanging out in the fall of 2004.

How My Crush Started

Ever since watching Steve McQueen in the Great Escape ride a TR6, jumping and crashing border fences between Nazi Germany and Switzerland, I’ve dreamed of owning British Iron. I’m surely not alone here and this scene probably inspired millions of kids to start riding. Speaking of kids, these days, riding a Bonneville is a great way to meet guys in the 57 to 70 year old age bracket.

During my time with Emma, whenever I pulled over to a filling station I’d be hearing – “Hey, is that a 72? ” from some guy in a pickup truck. From there, conversation would turn to the good old days, a beloved bike and oil leaks. Girls, if you’re looking for an older guy, having one of these bikes can be a conversation starter.

The original Triumph Bonneville , a 650 cc bike was introduced in 1958. The name comes from the Bonneville Salt Flats in Utah a historic proving ground for motorcycle speed. In the 70s the bike was upgraded to 750cc. This Triumph, dubbed the T140developed a legion of fans. Sadly, production was discontinued in 1988. 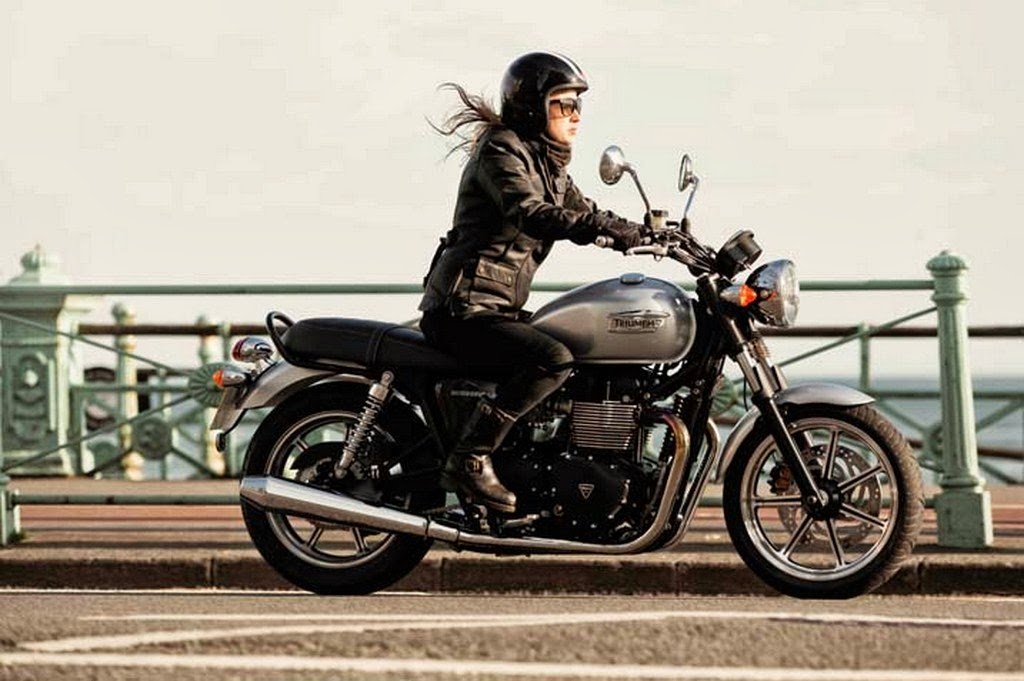 Luckily in 2001, under new ownership, Triumph brought the bike back with a similar look and completely revamped engineering. The good news when I bought my 2004? Increased reliability, a classic look and less oil leaks.

To me Bonnevilles are true sport bikes, made for twisty roads and paths less traveled. They might not be the fastest motorcycles but there’s nothing like banking through turn after turn on a lovely fall day on a motorcycle like this.

I have a few notes for people interested in a similar relationship with a Triumph Bonneville. One of the weaker aspects of the new Bonnevilles is the seat which tends to be thin on padding and a bit cheap. After developing a sore butt during my first riding season I went out and bought a Corbin Smuggler. This is a sweet looking solo seat with a secret trunk in the back for things one might wish to smuggle such as wallet, keys and perhaps a very thin sweater.

The fit is best for people with a medium to long inseam, I stand a towering 5’8″ and did just fine in this department. Finally, if you plan on doing some highway riding, it’s not a bad idea to invest in a windscreen. Riding blasted by the wind, with head down and feet back on the rear pegs for hours at a time can be exhausting.

Our love affair finally ended when I hung up my leather jacket for good and said goodbye to Emma via Craig’s List. We’ve both decided to move on but I still get a lump in my throat when I hear a Bonnie’s distinctive engine note. Why did I stop riding? Suffice to say, this is a terrific article topic for the future so stay tuned!