The Isle of Man, a tiny little island off the mainland of the United Kingdom, midway across the Irish Sea punches above its weight in a lot of different arenas.

Known as a tax haven and home to the wealthy, well known for it’s casinos and known internationally for being the home of the TT – the most famous motorcycle race in the world.

In our opinion, no trip to the United Kingdom would be complete without making the hop over to the Isle of Man, possible in just 45 minutes by air from London, the capital city – even quicker from Manchester. 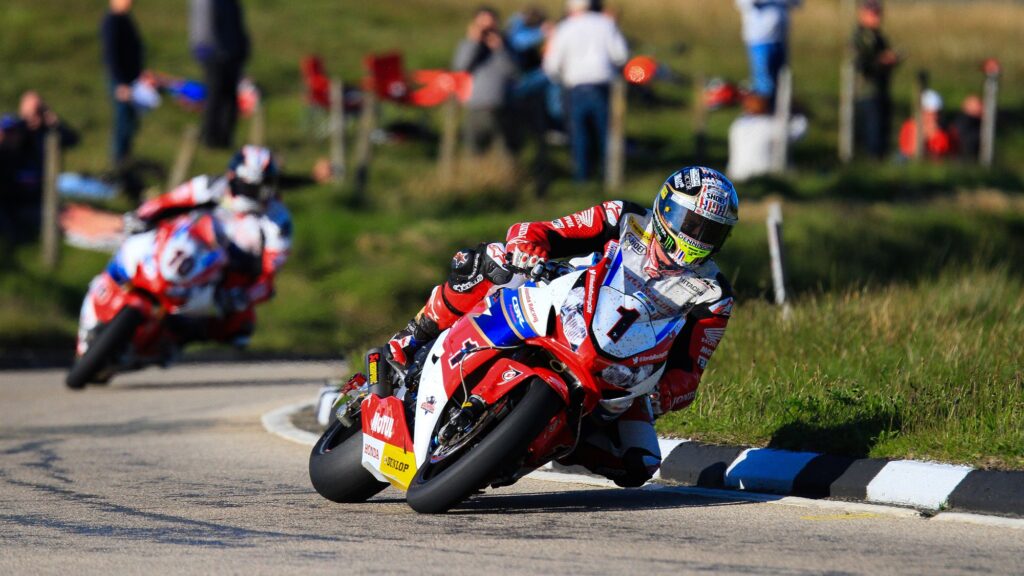 Aside from the TT, which we’ll talk about in great detail in a moment, there’s a wealth of activities to enjoy whilst on this ‘oh so well to do’ little island.

Whether you’re making a visit simply to enjoy a walking holiday, taking in the abundance of green countryside, planning to test out your cycling endurance on a hired road bike or taking it easy in any of the islands wide range of hotels – you’re sure to find an enjoyable way to pass the time on the Isle of Man.

An exciting place to end a day is the Palace Hotel Casino, this Best Western hotel (a well known chain in the UK and the neighbouring Isle of Man) offers fantastic accommodation on the central promenade in Douglas in addition to the chance for you to try out your luck on all the usual casino games you’d expect – for bingo fans, we’re pleased to say that this hotel is also home to Palace Bingo, a fantastic bingo hall where you can enjoy some fast paced bingo.

We write a lot about motorcycles, in fact come to think about it, that’s about all we do. However, if there’s a motorcycle event that should be on everybody’s wish-list, it’s the Isle of Man TT.

Visiting during the late May and early June, the dates when the TT takes over this 572 km square island is going to cost you a lot of money – but the memories will be priceless.

Unless you’re made of money, we’d recommend booking a camp site in order to witness this spectacle that has been running since 1907 and attracted 42,000 fans in 2014.

The TT, which stands for Tourist Trophy is almost 38 miles long and for a super bike, the race consists of six laps, totalling a mighty 226.5 miles. However, you should stand well back! The top speed on the track was set at 207mph by Bruce Anstey in 2006, although this record isn’t considered official because the information was logged by the bike, not by official means.

One speed record that has been officially recognised is that of Mark Cavendish, who managed 62mph on a downhill section – very impressive for those who have already realised that Mark Cavendish is of course famous for being a road biker racer!

We hope that we’ve got your juices going for a trip to the Isle of Man, for more information check out their official tourism website – this trip will be a dream for any motorcyclist but a pleasure also for anyone accompanying.A Guide To The Greatest Race: The TT